How We Can Learn From Others

Just as science is the pursuit and application of knowledge and understanding of the natural and social world following a systematic methodology based on evidence, Renewables for Schools takes a look at what other schools across are up to, so that the actions we take are backed by real world results so that we can actually bring about real change throughout schools in the United Kingdom.

There will always be others who know a better way, so let's take a quick look at some of the things that are going on across Europe right now: 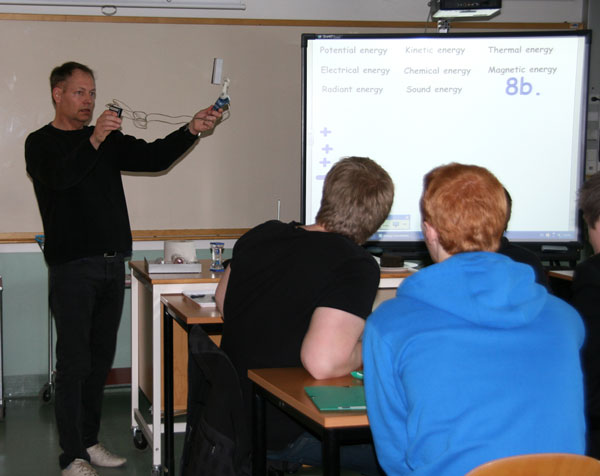 SDE College in Odense, Denmark has come up with in an international school benchmarking project on renewable energy and ICT together with three other schools from Sweden (Gångsätra Gymnasium High School), Turkey (Istanbul Cagaloglu Anadolu Lisesi) and Germany (Max-Eyth-Schule Stuttgart).

The project, called SETI Smart Energy Through IT, sees students from each school setting up an energy station consisting of a small wind turbine and small solar panels and battery gauges and wireless WiFi. Each school is responsible for different tasks in the project. For example, in Germany, they work on the power station and the programming interface to the server in order to measure energy production. Denmark hosts the server and compiles reports of the energy savings of the four schools, enabling schools to compete against each other. In Sweden they design the website and deal with all the media related issues, and in Turkey they prepare the teaching materials from the collected data.

There are also two scheduled visits to each country during the two years of the project. Students will also go on external visits, which will include visiting solar panel manufacturers, waste management systems, wind farms and a biomass production site, which helps students gain a better understanding of what is going on around them and across Europe. At the same time it gives students the opportunity to learn about other schools and cultures in a fun and engaging way. All in all, the project proved to be a complete success with the students unanimously stating that they all learned something and were glad to participate.

Benchmarking against other schools provides far more benefits than meets the eye, and allows teachers and students to develop new programmes and ideas which can potentially lead to even more schools becoming involved and share best practices across the platform. What we find particularly interesting about this programme is the fact that it combines renewable energy with IT, helping to strengthen students’ competencies in both fields and allowing the school to fill two needs with one deed.

Taking the lead from the highly successful SETI project, Renewables for Schools combines elements of both sustainability (through either geography or science under the new national curriculum) and IT so that schools may interact and find out how well they are doing in relation to each other covering several subjects. Comparisons are done according to the best, median and mean of a comparison group. By applying IT with geography/science, we enable schools to work smarter instead of harder, and free up both time and budget for other activities. Annual competitions & awards are offered for different categories (i.e. best recycling campaign, most improved electricity consumption).

Renewables for Schools. The incentives are not only for the benefit of the pupils (who would benefit from declaring the awards/achievements/responsibilities on their CV), but for also the school, who will benefit from having the most energy efficient school within their comparison group. Renewables for Schools provides everything that is required for the programme, from advice, the software and the materials, the ongoing support and even the certificates themselves. 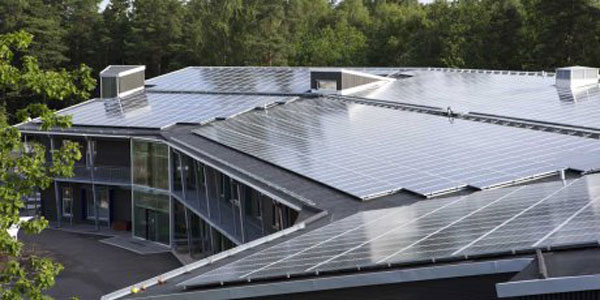 Believe it or not, Träffpunkt Stadsskogen School in Sweden has managed to incorporate passive house technology to bring its energy requirement down 50% lower than the national requirements for new builds in Sweden. Even more impressively, the school gets all of its electricity requirements from the solar panels on the roof, and then some.

Covered with 1323 m2 of solar panels, Stadsskogen School currently holds the title of the largest roof-mounted photovoltaic plant in all of Sweden. Thanks to the energy efficient passive house technology, the school has so far yielded a substantial surplus of electricity which has been exported back to the grid, which also makes it the very first school in the Nordic region to generate more electricity than they actually need.

This school provides perhaps the very best example of exactly how far renewable technology can go, whilst simultaneously providing the very best reason why each and every school needs to seriously take a look at the potential difference that renewable technologies such as solar PV can make to their electricity bills. When you consider the limited hours of sunlight available in Sweden in contrast to the UK, you quickly realise that excuses are useless, but results are priceless. 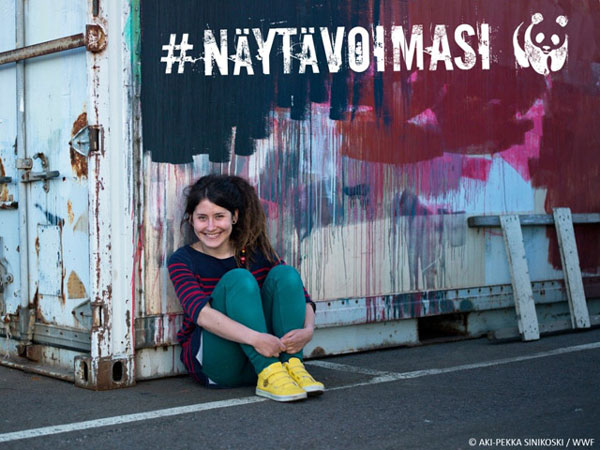 “Show your Strength” is a campaign by young people for young people. It’s part of WWF’s global campaign, “Seize your Power”, for renewable energy in Finland and its aim is to promote solar energy. The campaign aims to empower young people to work with their own environment for the benefit of the environment and their future.

The campaign sees the children engaging in many forms of art: music, videos, photos and postcards. These activities are both fun and they allow their message to be documented and distributed via a website and social media. It called upon businesses, financial institutions and Governments to act immediately by investing in sustainable energy sources and to phase out investments into fossil fuels. This culminated in a petition which was submitted in March 2014 to the Finnish Prime Minister, Jyrki Katainen.

This action was a clear demonstration of a positive expression of the youth and their vision of the kind of world they would like to grow up in. It also demonstrates that successful behavioural change programmes should encourage pro activity from the pupils just as much as from the teachers and members of staff who are instrumental in anchoring sustainability into the daily lives of the pupils.

New research shows that play promotes better learning, memory, and growth of the cerebral cortex. Cognitive psychologists have conducted several studies which demonstrate that children are more likely to remember and learn specific facts when they are using their hands, which is the reason why Renewables for Schools puts so much emphasis towards the use of interactive games and technology kits when teaching children (and of course because it is so much more fun!). Everything from solar car kits and eco-energy toys to the Solar Suitcase and SparOmeter toolbox is used to bring sustainability to life for the pupils.

We also run a comprehensive awareness campaign, including posters and charts on the school’s energy policy. As is demonstrated by the WWF’s “Show your Strength” campaign in Finland, instilling good behaviour can only come about through positive reinforcement. 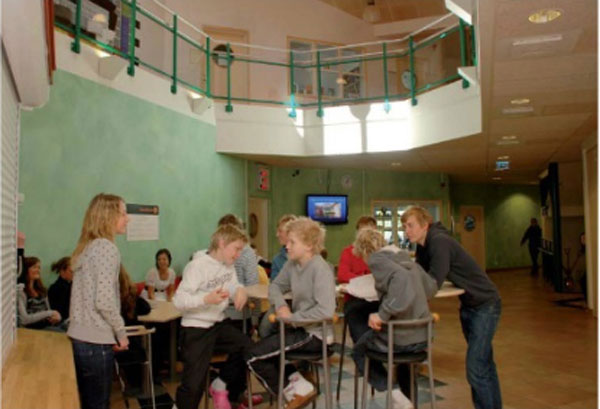 Vargbroskolan in Värmland Storforsplan is one of the most energy efficient schools in Europe. Despite its location in snowy Sweden, it has taken energy efficiency measures so seriously that its only sources of heat are the pupils and teachers inside.

The school itself is 4,150 m2 and is built with very good superinsulation and so-called hybrid ventilation (which means that air is supplied to the building through underground culverts while air leaves the building the building via the roof; warming the air in winter and cooling it during the summer). There are 131 m2 of solar panels and a wind turbine on the roof which also help mitigate electricity bills.

As a result, oil consumption has fallen from 23 m3 per year to zero, resulting in an emission reduction of nearly 80 tonnes of carbon dioxide per year, whilst electricity consumption has been reduced by approximately 110 MWh per year. Operational costs are nearly £90,000 less per year (yes, you heard that right!).

The project is the perfect example of how a well thought out design and good collaboration between customers, contractors and evaluators can transform any school into a truly sustainable school of the future.