Why should schools go solar?

In recent years, education cuts have left many schools with cause for concern. If each school was able to reduce their dependency on Government funding and generate their own income at the same time by using solar PV. 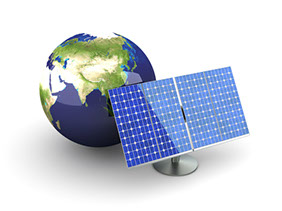 In the battle against climate change, nowhere in the community is there a more decisive force for change than the schools which serve them.

The business case for schools to generate their own clean energy and reduce their carbon footprint is becoming more and more imperative in today’s world. Energy is a major budget item for schools, and according to the Carbon Trust, a secondary school can save up to £21,500 a year if renewable energy measures are properly taken.

Schools typically have large roof spaces which enable them to generate clean energy in an affordable and socially responsible way. In the case of Solar PV, the greatest amount of electricity is generated during the day, which coincides with the greatest amount of energy usage by schools. Similarly during the long holiday periods, empty schools continue to generate an income.

Here is a breakdown of some of the main way in which schools can benefit from having a solar PV system installed:

installation allowing them spend money on educational and recreational programmes, not on energy. Solar panels can generate

electricity for 25 years or more so the cost savings will go on for some time and could be very substantial.

Revenue generation: solar PV will generate a steady income stream for schools over a 20 year period. Most schools are able to

accommodate a 25kWp solar PV system. This could generate an annual income of £3,435 at current tariff rates – see Ofgem FIT

website for up to date tariffs. Most PV systems achieve a full payback between 10 - 12 years and will generate revenue streams

above example, a medium size system can reasonably expect to mitigate several tonnes of greenhouse gas emission each and every

year, creating significant CO2 savings over the lifespan of a system.

Education and engagement: being able to communicate to the pupils the benefits of sustainability through a working example of

renewable technology in their own school will provide more direct engagement, particularly in the subjects of geography, science,

design and technology and IT.  This can also help to inspire the wider community to take action to address climate change.

At Renewables for Schools, we believe that solar PV is the bedrock on which every school should build their sustainability campaign upon.

The direct and indirect financial savings to the school can be up to 10 times that of the cost of implementation and can be reinvested in educational and recreational programmes, such as planned outings, new equipment, teacher training, award schemes. The possibilities are endless....

With so many reasons, the question should no longer be about whether a school can afford to go solar, but rather, how can a school afford not to go solar?